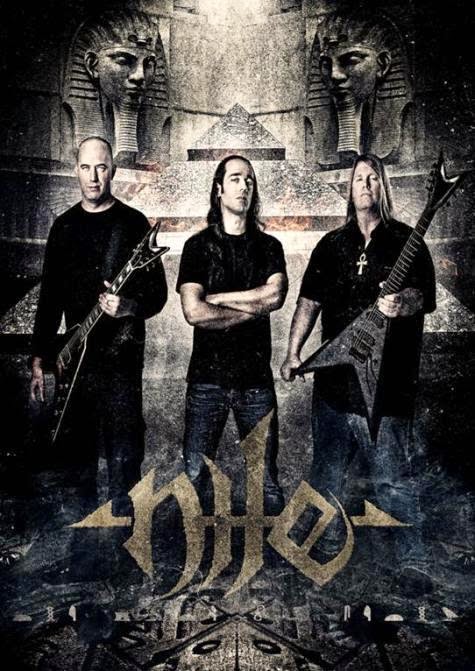 NILE, representing the US Death Metal, grants their music to be presented at IMPERATIVE MUSIC Compilation CD Volume X.

NILE participated in the Ozzfest of OZZY OSBOURNE, so we have deep respect for Nile is interested to put a their song in our Underground Compilation and demonstrate support to young bands that are emerging in the Metal Scene!

Thank you guys for believing and supporting this project and newcomer bands!

With various critically acclaimed albums, a few EPs and several world tours under their belt, NILE has raised the bar for Extreme Metal bands musically, lyrically and conceptually.

The mighty NILE want to announce that Relapse Records will re-release limited edition vinyl for all 4 Classic Nile LP’s for the first time in over a decade. Coming April 7th in the USA, April 3 in Germany / Benelux and April 6 in the UK and rest of World.

US Death Metal legends, Nile will see the deluxe reissuing of their first four full-lengths via Relapse Records this Spring as part of the label's ongoing 25th anniversary celebration. The albums Amongst The Catacombs of Nephren-Ka (1998), Black Seeds of Vengeance (2000), In Their Darkened Shrines (2002) and Annihilation of the Wicked (2005) have all been out-of-print on vinyl since their initial release, with the exception of Amongst the Catacombs..., which has been out of print for over seven years.

The Band is coming to Brazil and some dates are confirmed.