UK's legendary extreme metal icons Cradle of Filth have released their brand new album, ‘Cryptoriana - The Seductiveness of Decay’! Out Worldwide by NUCLEAR BLAST RECORDS !!!!! The twelfth studio album from the UK's most visionary and hellish outfit!

IMPERATIVE MUSIC COMPILATION DVD VOLUME 15 will be, no doubt, the most daring volume of the series to be released by Imperative Music including big names such as Cradle of Filth (UK), Destruction (Germany), Death (U.S.) and HammerFall (Sweden).

Enrich Discography and Biography of your band to mention that one day, your band had the same disclosure alongside great bands, Record-Labels always find this interesting in the "world recognition factor" and take into account as a good reason to sign his band, besides of course the musical quality.

The only Compilation sent directly to Metal Rock fans and customers of Extreme Music around the world, supported by serious and professional Distributors, Retailers, Stores and Mail-order services. The Compilations is not sold to the public, the people receives as a free gift.

Join us! New Bands, unsigned Bands are welcome to participate with a small contribution, absolutely the bands will be promoted in Europe, United States, Brazil and Japan.

This Volume XV will be very professional and awesome, along with HAMMERFALL (Napalm Records/Nuclear Blast Records); also, it will feature Destruction (Germany), Death (U.S.), Cradle of Filth (UK) and other awesome bands.

Join this amazing Compilation with distribution and promotion around the world. 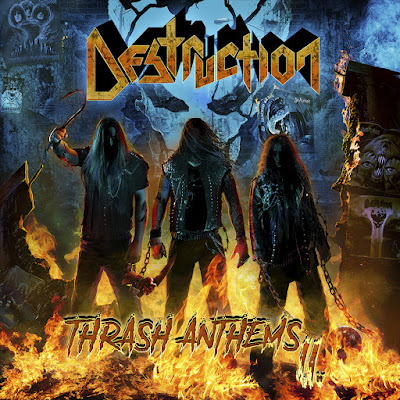 Do you want to participate in the same Compilation together with Destruction (Germany)?

DESTRUCTION, the pioneers of German Thrash Metal have confirmed and signed the agreement with us for their participation for new IMPERATIVE MUSIC Compilation Volume 15 to be released in early 2018.

DESTRUCTION will present a song from their classic album "Eternal Devastation". This November 2017 was released their new album title "Thrash Anthems II" by Nuclear Blast Records, check it out!

We thank the NUCLEAR BLAST RECORDS staff for their cooperation and trust. We also thank the RELAPSE RECORDS who agreed to present a song from the great Death Metal band DEATH in Imperative Music Compilation Volume 15. Two Awesome bands!

Bands interested in participating in this comp VOLUME 15, write to us and ask our agreement.


Email: imperativemusicagency@gmail.com
às 8:06 AM No comments: 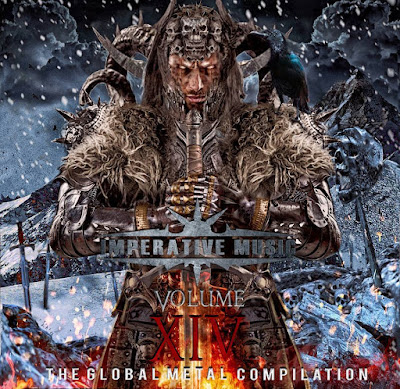 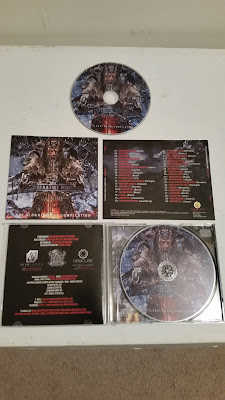 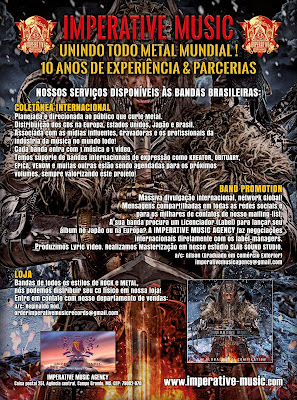 WHERE ARE COMPILATIONS?
DISTRIBUTED BY:

COMPILATIONS IS ADDED AS "GIVEN AWAY" IN THE FOLLOWING MAGAZINES:

Thanks for the Cooperation and Support to the Metal Bands!!!
às 8:42 AM No comments: 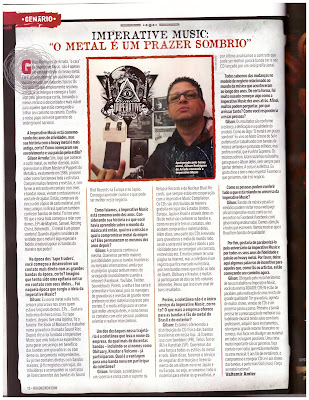 Bands - Ask for our NEW Media-Kit.

Our work is on a worldwide basis. 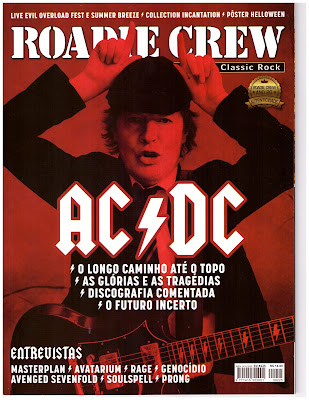