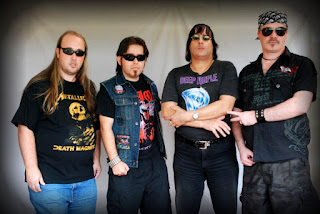 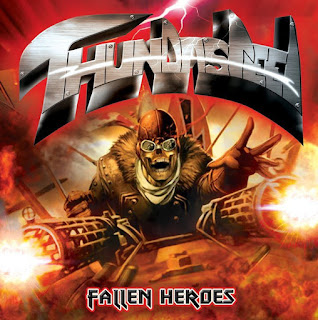 Thundasteel - Sydney, Australia
With a sound deeply influenced by the 80’s Rock/Heavy Metal and NWOBHM acts, Thundasteel’s hard edged melodic fist pumping Metal is a force to be reckoned with as an up and coming band.
Many have already compared the group’s music reminiscing the sound of great 80’s Heavy Metal acts such as Judas Priest, Iron Maiden, Dio and Megadeth…. Just to name a few.
The soaring high pitched screams, twin guitar attacks and screaming solo’s packed with thunderous drums and bass guarantee to rip through any audience as they do every time they step on a stage. With their high energy showmanship, musicianship skills Thundasteel promises to be a Heavy metal juggernaut waiting to be unleashed……….
Thundasteel has being operating since early 2006, as a Classic Heavy Metal band it has long evolved from a simple band starting out to becoming a professional organization that thrives to provide entertainment onstage.
Founding member and songwriter Alex Rivera has always remained true to his idea of the music of Thundasteel, to pay tribute to an era that inspired every aspect of what we know Thundasteel stands for today: the 80’s.
The music of Thundasteel echoes the era when Hard Rock and Heavy Metal were popular, and it dominated the airwaves throughout the 1980’s with catchy melody, Rockstar falsetto screams thunderous bass and drums together with blistering guitar solos.
The band is clearly influenced by the bands such as: Judas Priest, Iron Maiden, Dio, Accept and Megadeth. By listening to any songs by the band you can clearly hear these influences in more ways than one.
In 2008 Thundasteel recorded “The Right2Rock!” EP to local popular demand to showcase the band’s material bringing out classics like Nite Prowler, The Last Stand, The Execution and the title track.
The song “The Execution” made its way to a Metal compilation by Imperative Music who became interested in Thundasteel to submit the song on one of their first compilations by the label.
The year 2011 has being a busy one for the band as they recently recorded their Debut Album “Fallen Heroes” and signed a 2 album worldwide distribution deal with longtime associates Imperative Music.
MUSIC
Thundasteel is a Classic Heavy Metal band hailing from Sydney Australia.
http://www.myspace.com/thundasteel
às 12:26 PM